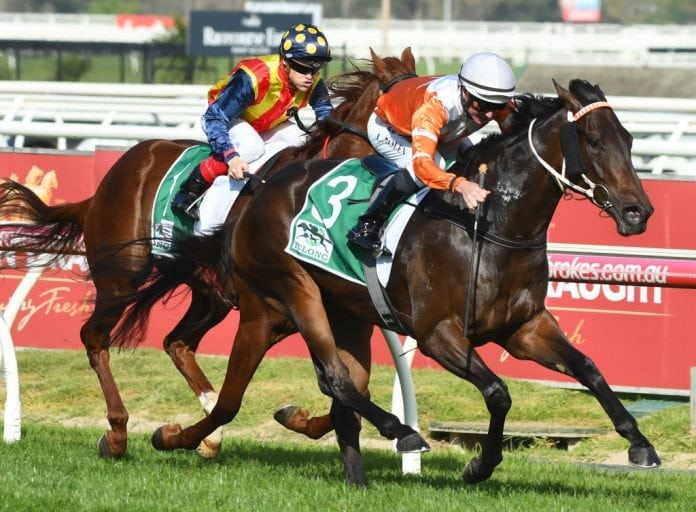 Chris Waller has revealed which runner will take up his Everest slot.

Waller has given the slot to runner Haut Brion Her in Saturday’s $15m The Everest.

Chris Waller, who trains the galloper, reached an agreement with Victorian owners Three Bridges Thoroughbreds for the spot in the field, with negotiations resulting in Three Bridges and partners gaining slot ownership for the 2020 running of the race.

Brenton Avdulla has been booked to ride.

Three Bridges Thoroughbreds’ Peter Liston spoke about the excitement of connections to have gained the final slot.

“Since the day she was born Haut Brion Her has been a very special filly and showed us early on she had talent to burn on the track,” Liston said.

“At Three Bridges we take a very natural approach to raising our young horses, focusing on growing quality, strong horses in large open paddocks. The results of those principles are exemplified by Haut Brion Her, who will now tackle the highest-rated sprint in the world.

“It’s very exciting and we couldn’t be prouder of this wonderful mare.”

It will be a jump up in class for Haut Brion Her who has scored six times including at her only start at Randwick.

An impressive win in the Group 2 Blazer Stakes at Flemington last campaign has been the peak of her career so far as she looks to taste Group 1 glory for the first time.

She heads to The Everest third-up this preparation, following a win in the Group 2 Sheraco Stakes over 1200m. The stable believes she will be ready to peak here.

Waller will have two horses in the race, with last years winner Nature Strip a leading hope, priced at $6.50 while Haut Brion Her is rated a $21 chance with Sportsbet.

“It’s incredibly exciting for the whole Waller Racing team to see two of our stable stars lineup as genuine chances in the 2020 Everest,” Waller said.

“Haut Brion Her has showed her brilliant speed this preparation with a superb win in the Sheraco and I know she is capable of giving this race a shake up. Her work has been faultless the last two weeks which gives me great confidence that she will be primed to put in a big performance on Saturday.”