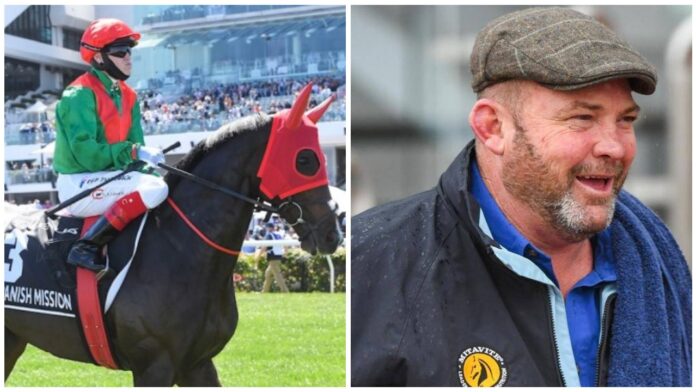 Spanish Mission will remain in Australia and will now be trained by Peter Moody.

Moody released a statement on Twitter from owner Brae Sokolski on Thursday morning confirming the acquisition of the Melbourne Cup runner.

"I would like to thank the former owners of Spanish Mission, Gary Barber and Brian Irwin, who specifically approached me and gave me the opportunity to purchase their wonderful horse and keep him on our shores," Sokolski said in the statement.

"Spanish Mission is truly a world-class stayer and importantly still on an upward trajectory with so much more to come. We will advise of future plans with him in due course."

Spanish Mission was superb on the first Tuesday in November and is now on the fourth line of betting for the 2022 edition of the race at $21.